The Relevance of Psychoanalysis 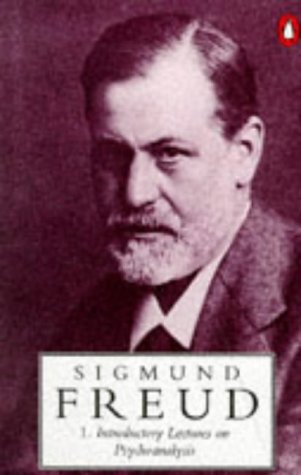 Neuroscientist Eric Kandel, who won the Nobel Prize in Medicine in 2000 for his research on the neurochemistry of the Aplysia sea slug, wrote in 1999 that “psychoanalysis still represents the most coherent and intellectually satisfying view of the mind.”

That may come as a surprise to people who think of Freud as a relic or a quack, and there are many who feel that way, and with a passion; I’ve learned that Sigmund Freud, like politics and religion, is a dangerous topic of conversation.  But Eric Kandel’s 1999 paper, “Biology and the Future of Psychoanalysis: A New Intellectual Framework for Psychiatry Revisited,” ought to give some pause at least to anyone who despises Freud without having carefully read and considered his ideas.  Kandel’s paper opens like this:

“During the first half of the twentieth century, psychoanalysis revolutionized our understanding of mental life.  It provided a remarkable set of new insights about unconscious mental processes, psychic determinism, infantile sexuality, and, perhaps most important of all, about the irrationality of human motivation.”  Kandel, American Journal of Psychiatry 1999; 156:505.  Or, to put it more simply, it provided insights into the relation between what you feel now and what happened in your childhood, even if you can’t remember it clearly, and insights into dynamic relationships in the mind between desire, love, anger, loss, guilt, fear, and the lies we tell to ourselves to make it all feel better.  Finally it made the point that talking about it (aka psychotherapy), and in so doing coming to look at yourself truthfully, is a real help.  These ideas are so deeply subsumed into our culture that they’re almost clichés at this point.

Yet canards, misconceptions, and prejudices against Freud abound, and many could be cured if Freud-haters actually read the brilliant and brilliantly written Introductory Lectures on Psychoanalysis from beginning to end, carefully, and with an open mind.

The British empiricist Karl Popper (who Ludwig Wittgenstein famously threatened with a fire poker) believed that psychoanalytic ideas were not only unproven but unprovable; he thought there was no way to evaluate the truth or falsity of a psychoanalytic proposition because psychoanalysts interpreted data in such a way that any and every possible finding would be consistent with their theories.  (Some physicists have said as much about “string theory,” by the way.)  Popper’s view is a common one, partly because Freud and the psychoanalysts who followed have sometimes treated doubters as patients and doubt of Freudian theory as a symptom (called “resistance”).  While emotional “denial” and “resistance” are real phenomena, worthy of study and recognition, it seems like a bad strategy to forestall healthy intellectual skepticism in this way.  Kandel argues that despite the tricky nature of the emotional and cognitive phenomena that psychoanalysts study, they have to do a better job demonstrating the validity of their findings in the methodological terms with which most scientists are familiar.  He’s right.  If not, psychoanalysis insulates itself, prevents others from reaping its benefits, and prevents itself from reaping the benefits of advances in other fields of study, like psychopharmacology.

Psychoanalysts do, of course, base their theories on close observation, and their interpretations are no different in syllogistic form from other scientific interpretations.  For example, we know the core of the earth is made of iron and nickel even though no one has ever seen the core of the earth directly; scientists have interpreted seismic wave patterns as signs of the presence of iron and nickel, just as psychoanalysts identify conscious and unconscious ideations by signs–mainly, words.  You might say to a psychoanalyst, “I feel worried but I don’t know why.”  You are conscious of part of the contents of your own psyche, but perhaps not all of them.  You talk more and in the raw material generated by your talking you discover clues–signs–of the full nature of your worries.  You find yourself talking about your health a lot.  You are worried about your health, you’ve been having chest pains…  It occurs to you that you are turning 52 years old this month…  50 was the bigger milestone, but you had no worries at the time of your birthday two years ago…  You read an obituary about a famous lawyer.  Your father was a lawyer who died, it occurs to you, of a heart attack at age 52…

Maybe you could care less about your own inner life.  If you can get away without examining yourself, then you’re lucky.  For the rest of us, there’s Sigmund Freud.