The case of unvaccinated COVID-denier Phil Valentine, a Tennessee talk show host who died from COVID, illustrates the problem of denial. Read on at Psychology Today.

In Praise of the Great Rats in Literature. Literally.

An essay on the most maligned animal in the history of art: my spirit animal, the Rat. Read on at Literary Hub. 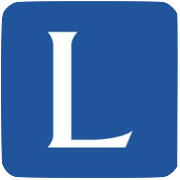 A proposed collaboration between the fields of psychoanalysis and public health to combat denial of the sort that wrecked the U.S. response to Covid19. Read on at The Lancet.

As the recent Twitter flap between President Trump and his critic and advisor-in-law George Conway illustrates, our national conversation has taken a Freudian turn. It’s had to, because our current president can’t really be explained by any other branch of psychology.

Read on at USA Today.

In 1932, the League of Nations asked a number of intellectuals to confer with a peer of their choosing on a pressing matter of the day so that their correspondence might then be published. Albert Einstein wished to discuss the question “is there any way of delivering mankind from the menace of war?” He sought his answer from Sigmund Freud.

Irish playwright Seán O’Casey called him “the jesting poet with a radiant star in his coxcomb.” Eugene O’Neill asked him to name his children. James Joyce asked him to complete ‘Finnegans Wake’ should Joyce himself go blind. He published plays, novels, stories, and poems, including a series of them in The New Yorker in 1929, and his voice once pervaded the Irish airwaves like rainbows south of Skibbereen.

Read on at The Millions.

During the second-to-last spring of the 20th century, when heavy rains gorged the Zambezi River and hid Victoria Falls entirely in mist, I was not quite killed by my own stupidity. But almost.

Read on at Roads and Kingdoms.

Anny Katan learned psychoanalysis at Sigmund Freud’s knee — on his lap, in fact!

“I grew up often literally sitting on Freud’s lap when I was very little,” Katan explained in a 1986 interview, reminiscing about her childhood in Vienna.

Her personal history, intertwined as it was with the origins of psychoanalysis and with the Holocaust, transpired on a world stage. In my own personal history there was no sitting on Freud’s lap and no Nazis; there was, however, Anny Katan.

Aposiopesis is one of those literary tropes you learn while studying “The Aeneid” in high school Latin, and it stuck in my head better than many others over the intervening years. Little did I know that it would one day provide an organizing principle, and even the title, to my second novel, “In the Land of the Living.”

Read on at The Wall Street Journal.

I’ll forever remember Gene Wilder in the 1979 movie “The Frisco Kid.” He plays a Polish rabbi newly arrived in America in the days of the Wild West. In the first scene, he sees some Mennonite farmers dressed as he is, in black hats, and, overjoyed and relieved, he mistakenly calls out: “Landsman!” The grown-ups laughed over this line, so I did too.

They say geography is destiny. The hills of Greece, according to some historians, encouraged the locals to carve them into city-states. England, “bound in with the triumphant sea,” as Shakespeare put it, inherited the oceans. The Jews were born to a desert land besieged by mortal enemies and afflicted with drought and famine, and then they were exiled from it.

One of The New York Times Magazine’s Best “Lives” Columns:

I was so young when my father died that I don’t exactly remember him, but I do dream about him, and I wish for him to return, and I seem constantly to be in some sort of uncompleted dialogue with him in my head. I was having one of those inner dialogues a number of years ago when I sat down with my wife at the Sunshine Cinema on Houston Street in New York to watch “American Splendor.”

Read on at The New York Times Magazine.