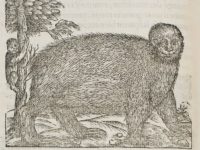 James Joyce would have approved of Lucy Cooke’s attempt to rehab the image of the sloth. A zoologist and founder of the Sloth Appreciation Society, Cooke argues that sloths get a bad rap. This unusual mammal—the world’s only “inverted quadruped”—derives its name from one of the seven deadly sins—“sloth”—a failing that’s drawn censure throughout history … Read More

Franz Kafka’s The Trial and James Joyce’s Finnegans Wake arrived in English at almost the same time in the late 1930s,* two strange masterpieces without peer except for each other. They differ greatly in style but devote themselves conspicuously to the same agenda: the prosecution of their central characters in the surreal court of conscience … Read More 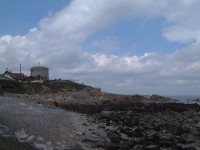 In September 1904, James Joyce lived in an old demilitarized tower on the coast south of Dublin.  After his roommate nearly shot him in the middle of the night, he left the tower and Ireland forever.  Joyce later set the memorable first chapter of Ulysses in the tower.  It remains my favorite chapter of Ulysses … Read More 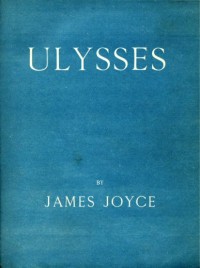 Ulysses is a Modern Novel, Not a Postmodern Novel

Somewhere, in the last ten or twenty years or so, Dale Peck wrote that the development of the novel in English took a wrong turn somewhere in the middle of James Joyce’s A Portrait of the Artist as a Young Man. His attack was really on post-modernism, and all literature that appears complex and self-referential … Read More