Ulysses is a Modern Novel, Not a Postmodern Novel 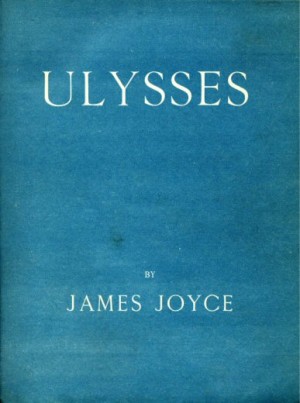 Somewhere, in the last ten or twenty years or so, Dale Peck wrote that the development of the novel in English took a wrong turn somewhere in the middle of James Joyce’s A Portrait of the Artist as a Young Man. His attack was really on post-modernism, and all literature that appears complex and self-referential and obscurantist. Apparently Peck blames James Joyce for this development in literature, and his attack has produced much bluster on the internet, most of it in defense of post-modernism. I have no wish to defend post-modernism, but I would like to defend Ulysses, which in my view deserves a throne among modern novels for reasons that have nothing whatsoever to do with the obscurantist literature that came after it.Post-modernism is primarily concerned with skepticism, with what is false, with what we cannot know, with what makes us confused; the modernism that preceded it was above all else concerned with knowing reality in more depth than ever before, with depicting both the physical world and inner psychological experience with an unprecedented level of realism. A.D. Nuttall noted the profound engagement with reality in modern art when he observed, “Joyce, the disciple of Homer, listened to real Dubliners and Cézanne, the disciple of Poussin, stared at apples till they rotted on the cloth….” Joyce’s naturalism is his real triumph. You see, hear, feel, smell, and taste Dublin on those pages. As Joyce’s brother Stanislaus said, “Dublin lies stretched out before the reader, the minute living incidents start out of the pages. Anybody who reads can hear the people talk and feel himself among them.” You see deep into the memory and the psychology of its three main characters.

In that sense I can’t think of two more dissimilar writers than Thomas Pynchon and James Joyce (to whom Pynchon is sometimes compared). Both are hard to understand, but trying to understand Pynchon is like trying to put together a jigsaw puzzle without the benefit of most of the pieces; he once told his friend Jules Siegel that “I was so fucked up while I was writing it [Gravity’s Rainbow], that now I go back over some of those sequences and I can’t figure out what I could have meant.” Joyce’s complexity, by contrast, rewards study and persistence, it illuminates new vistas of reality. W.B. Yeats at first dismissed Ulysses as “a mad book!” but on closer examination he recanted: “I have made a terrible mistake. It is a work perhaps of genius. I now perceive its coherence.” Joyce’s allusions are meaningful. The equivocations in his work honor the real fact of psychological ambivalence and the real nuance and complexity of reality itself. That is nothing so very new, in fact. Walter Pater noted this respect for the nuance of reality, which Francis Bacon called “subtilitas naturae,” in the paintings of Leonardo Da Vinci. Post-modern equivocation and obscurantism rests on the thesis that reality is not knowable in the first place, that paradox and blindness is the order of the day. That’s a million miles away from James Joyce, who considered himself, according to his biographer Richard Ellmann, to be in hot pursuit of a classical ideal of truth and beauty as articulated by Thomas Aquinas.

Don’t be daunted by Ulysses. Don’t be ashamed to skip a lot of it either. Joyce had acrobatic powers as a writer and he couldn’t resist showing them off in Ulysses and Finnegans Wake. Some of what he did can be appreciated by dipping into it without doing a years-long archaeological dig to unearth everything that’s there. The parts of Ulysses I love and remember best are lucid descriptions of Bloom’s kitchen, and Molly’s memories of singing by the piano, Stephen’s apprehensions about the future mixed with his sensations of the sea and the sand as he walks along the beach, that sort of thing. While Yeats came to appreciate the book’s coherence and genius, he also admitted later that he never finished it. Neither did George Bernard Shaw. So if you skip some healthy chunks of it, you’ll be in good company.