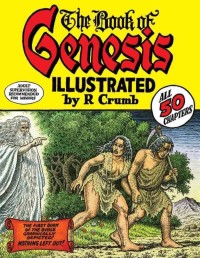 The Bible as Literature

The Book of Genesis by R. Crumb