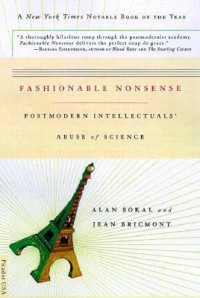 In 1996 NYU physicist Alan Sokal submitted a fake essay to a postmodern literary journal.  The essay (which was published) was a Trojan Horse that badly embarrassed the journal’s editors.  It purported to argue, in an intentionally incoherent way, that science has suffered “paradigm shifts” (in Thomas Kuhn’s term) that throw doubt on the entire … Read More