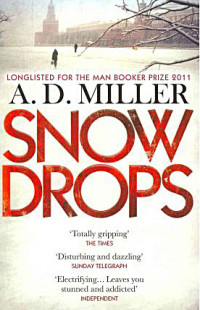 Snowdrops: A Novel by A.D. Miller

A.D. Miller’s Snowdrops is a novel about Moscow, today’s Moscow, the one where somebody pays off gangsters to throw sulfuric acid in the eyes of the director of the Bolshoi. But in Snowdrops systemic graft has so compromised the criminal justice system that it barely appears at all in the midst of the anarchy. In … Read More