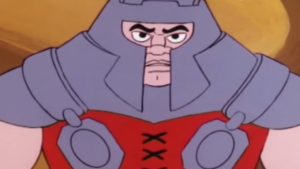 Nobody ever said a Trump presidency would be poetic, and it isn’t. From midnight tweets full of babyish interjections, to a press secretary who sometimes sounds like he’s reading a Ouija board, the English language has in a few short months taken a beating — much harsher, remarkably, than the one George W. Bush gave it with his chronic malapropisms. Trump does not even mean well toward the language; it refuses to obey. He does not like to communicate, but rather uses words the way the old He-Man character Ram Man used to use his head: as a battering ram. Read on at The Forward.