Lost in the Labyrinth 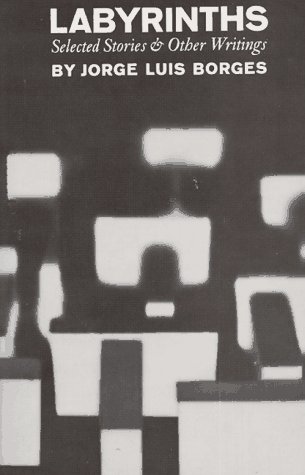 Borges is the most elegant, clever, and original of truly nihilist writers.  He is so ambitious and yet so constipated with anxiety about writing in the wake of Kafka and Joyce, to say nothing of Cervantes and Shakespeare, that he can hardly bring himself to say a single intelligible word.  While he partakes of the life-is-a-dream philosophy that’s so modish now, this philosophy is to me ultimately sterile and a cowardly retreat from reality.  His stories while sometimes funny and in places beautiful are mostly unpleasant if not impossible to read.  I think he’s destined to be a museum piece, like a Restoration comedy by William Wycherly, something you’ll encounter in a literature class ages hence as the finest example of crooked times long ago or an unusually fine example of a certain perversely intellectual form of self-destruction.

But he is a brilliant and influential writer, no doubt about it, and it’s worth at least sampling some of his offerings.  The collection Labyrinths includes essays as well as maddening short stories, and some of the essays are quite lucid.  His essay “The Argentine Writer and Tradition” is for me the final word on how a writer ought to relate to his or her own national and ethnic heritage.  It’s exactly right.