Another Day in June 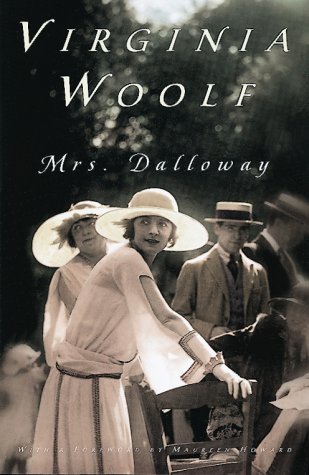 Mrs. Dalloway may take a back seat to To the Lighthouse (to which I’m partial, for one), but it probably doesn’t take a back seat to anything else in English prose fiction.  Like Ulysses, it takes place on a single day in June and it enters the thoughts of various Londoners (as opposed to Dubliners) on that day, often compelling different characters to reflect on one event, one object, one person from their many different vantages.  It’s striking how often those different viewpoints agree, as opposed to disagree.  With an omniscience that hovers over all of London and thrusts itself confidently into any heart it wishes, Woolf creates a very firm sense of a fixed reality outside her diverse characters’ minds, one that commands their attention and thought whether they like it or not.  This is both a departure from the relativism of the postmoderns (Woolf’s characters have in no sense ‘created’ their own reality) and a feat of writerly verisimilitude.  I hate to compare this book to Ulysses, since I’ve been under Joyce’s spell since I was 19 and still worship him, but there is something leaner, more elegant, more coldly beautiful–like a Bernini sculpture–something more profound even, in Woolf’s affirmation of life.  For one thing, the alternative to that affirmation is made plainer in Woolf than in Joyce; in Woolf that alternative in self-destruction and despair is as real to her suicidally-depressed characters as it was to the author herself.  The dialectic between the despairing Septimus Warren Smith and the life-embracing Clarissa Dalloway makes Woolf’s June book somehow more necessary than Joyce’s.  The stakes are higher.  The narration is more stout-hearted as it insists on visualizing the grimmest coordinates on the map of human emotion.  Joyce pays the price in his art, perhaps, for having it a little bit easier in his life.