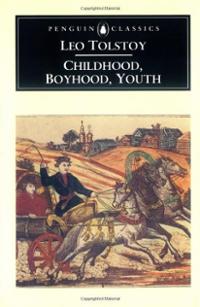 When Leo Tolstoy was two, his mother died; when he was eight, his father died; and he writes movingly of a child mourning the death of both mother and father in his first novel Childhood, Boyhood, Youth. It’s one of the few novels that addresses the subject of childhood loss directly and realistically. The theme would echo throughout Tolstoy’s later works. Marya Bolkonski in War and Peace borrows her name from Tolstoy’s dead mother (which was identical except that her maiden name started with a V not a B). Some of the most magnificent and moving parts of War and Peace depict the death of loved ones. For example, Tolstoy describes Princess Marya like this at the moment she realizes her father is dying: “[S]he saw that hanging over her and about to crush her was some terrible misfortune, the worst in life, one she had not yet experienced, irreparable and incomprehensible—the death of one she loved.” (W&P, p. 346) Poet Carol Rumens suspects that Emily Brontë, like Michelangelo, used her longing for her dead mother as inspiration for her depiction of the divine: “By giving such importance to the terms ‘creates and rears,’ ” Rumens writes of the Brontë’s poem ‘No Coward Soul Is Mine,’ “the poet suggests her deity is maternal as well as fatherly, enfolding, perhaps, the qualities of the mother she had lost in early childhood…. So closely acquainted with death and loss, Emily Brontё can be almost terrifyingly on the side of life.” Much the same could be said of Tolstoy.