The Social Contract by Jean-Jacques Rousseau 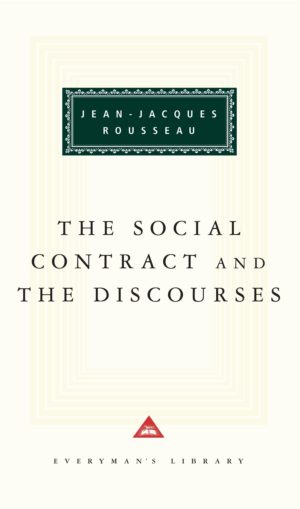 In Lincoln-Douglas-style debates in high school, Locke and Rousseau used to be paired off against each other; Locke would be called in against some proposition meant to protect the public good, but deemed by the ‘negative’ side incompatible with vital individual liberties; and Rousseau would be called upon by the ‘affirmative’ side in support of the common good, even if such support came at the partial expense of “private interests.” “Eminent domain,” where the government can buy your house and make you move to make room for a highway, is an example of the sort of resolutions the affirmative side would be asked to argue for.

Our Lincoln-Douglas debates were at bottom the same as the debates that take place over pretty much everything in our constitutional democracy, with the main difference being that in the U.S. electorate a large block of voters appears to be mentally ill with impaired reality-testing, under the sway of snake-oil selling charlatans and propaganda-wielding demagogues, whereas in high school the worst that could be said of the debate team was that we were afraid of girls.

“Resolved: teenage boys should debate each other until their shins hurt, and should not try to have sex with anyone.”

I don’t think either Locke or Rousseau could in good faith be brought in on the affirmative side of that resolution, but especially not Rousseau (especially neither). Rousseau’s celebration of the “natural man” is considered antecedent to the Romantic movement. He was a complex thinker with varied views, always clearly expounded in The Social Contract. He supposedly went mad at the end of his life, but was undoubtedly saner all the way to the end than Andrew Breitbart and Kevin Trudeau.