On Bullshit Part 2: Don’t Let Your Daughters Grow Up to Be John Mayer’s Lover 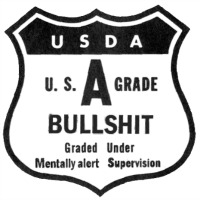 Addendum to previous post on Harry Frankfurt’s On Bullshit:

John Mayer’s song “Daughters” is a perfect example of bullshit, as Frankfurt defines it.  Here is the chorus, which I sometimes hear in the vicinity of the frozen food section:

I could go on and on about the hard-wearing odor of bullshit on these lines, and I will.  First, allow me to translate the sentences into their component vectors of sideways bullshit.  So: John Mayer–a notorious bachelor with no children–wishes sanctimoniously to remind actual parents of some things they may not have considered: namely that kids need love and that what parents do matters.  Thank you, John Mayer.  I have two children, but I thought all they needed was Amy’s frozen Mac and Cheese.  Then, as I was opening the grocery store freezer, I heard your song and I realized: mac and cheese is not all.  Children also need love.  It’s not either / or.  And John Mayer was good and wise enough to make sure everyone strafed in the merciless enfilade of his marketing apparatus knows that.

When I first listened carefully to the song, it seemed weird to me that this guy was singing about daughters becoming “lovers”–and that that was somehow the utilitarian principle on which he based his exhortation, love your daughters.  I knew nothing at that time about John Mayer, but the “lovers” reference seemed to imply that Mayer did not have children of his own, because most parents don’t really like to think of their kids’ future love lives at all, let alone orient their parenting around their kids’ future preparedness to be good “lovers.”  So I googled John Mayer (he does not have kids that he knows of) and I also found the lyrics to the first verse of the song, “Daughters”:

Fathers, be good to your daughters…

Now I get it.  He’s singing, in so many words, I care, I am not a womanizer but a gallant knight: chivalrous (I sing ‘On behalf of every man / Looking out for every girl’), pure (‘it’s got nothing to do with me’), idealistic and yet resigned to the fallenness of the natural world (‘I’ve done all I can’).  So fathers be good to your daughters, because if you’re not good to them, they will probably grow up to be John Mayer’s lover and annoy the shit out of him because of all the baggage you saddled them with, and he will gallantly do all he can but he just can’t undo the damage done by your crap parenting.  But he doesn’t stop there.  Whereas fathers can ruin their daughters as future companions for John Mayer, mothers can ruin their daughters as future mothers of future possible companions for John Mayer.  This guy John Mayer is a visionary.  You see, if these badly mothered girls go on to mother their own children and these children turn out to be female, and if John Mayer is still alive and able to swallow Viagra by the time they reach maturity, these girls will only be another generation of lovers who provide less than optimal results for John Mayer.  So mothers be good to your daughters, too.  Parents: stop thinking of yourself all the time and start thinking of John Mayer and the inconveniences your daughters’ baggage may represent for his love life.

This is a rare species of bullshit.  Standard bullshit, as Harry Frankfurt teaches, is when someone says things not because they’re true but because the statements achieve a certain goal.  The standard bullshit element in this song is John Mayer’s attempt to persuade even more women to have sex with John Mayer without John Mayer having to feel guilt.  However, when it comes to bullshit, John Mayer goes the extra mile–just as John Mayer does in his efforts to prepare multiple generations of women to love him properly.  It’s just not everyday that a bullshitter provides such obvious evidence of his ulterior motives and his lack of authority to say what he’s saying.

I wonder whether John Mayer ever heard “Mammas Don’t Let Your Babies Grow Up to be Cowboys.”  It’s a better song and forecasts perhaps some well-deserved alone-time for John the Paladin: