More on the Imperfect Science of the Heart 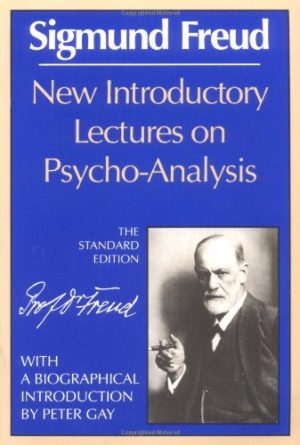 Every modern, educated person should read this book’s predecessor, the (old) Introductory Lectures on Psychoanalysis. For those interested in learning still more about psychoanalysis, the New Introductory Lectures are also vital. The latter work reflects clarifications in Freud’s thinking since the original lectures given from 1915 to 1917 at the University of Vienna.

His daughter Anna Freud’s book, The Ego and the Mechanisms of Defense is also a very clear, very helpful and common sensical treatment of the subject of psychological defenses–i.e., the varieties of ways the mind lies to itself to protect itself from painful feelings and ideas.

There is at least one chapter in the New Introductory Lectures that is completely bizarre–Freud at his most cavalier and speculative, bordering on ridiculous–and it will do little to dispel the common canard that psychoanalysis is a “pseudo-science.” It suffices to say that Freud wasn’t perfect. But many great scientists make mistakes or fall prey to ideology; Einstein did (see this article, “The Master’s Mistakes” from Discover Magazine); Linus Pauling, one of two people ever to win a Nobel prize in two different areas (Chemistry and Peace), had fairly lunatic ideas about vitamin C; and Isaac Newton wasted a lot of time in foolish speculations about alchemy. But we don’t throw out what Einstein and Newton had right and we shouldn’t throw out what Freud had right, which is about as revolutionary and beautiful as either of those physicists. Freud’s works ought to be read like any other thinker’s, not like orthodox readings of a Bible–that is, readers have no reason to try to retrofit reality to correspond with his scriptural errors–and just the same readers have no reason to dump the baby with the bathwater.