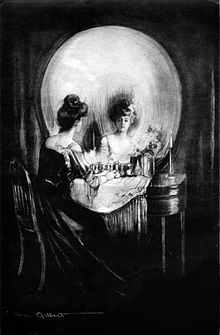 In 2006 David Foster Wallace wrote in the New York Times Magazine that you can appreciate tennis great Roger Federer even more “if you’ve played enough tennis to understand the impossibility of what you just saw him do.” I feel that way about Gustave Flaubert. It’s possible that you have to have worked as a fiction writer yourself to fully appreciate the finesse with which Flaubert shifts viewpoints and narrative speeds. That’s partly because he would prefer the reader didn’t detect his artistry. In accordance with his famous credo (quoted below), he intends that his characters and events appear to have been found in nature, not created by an author, and Madame Bovary pulls it off like no other book. In an almost supernatural way, it lives up to Flaubert’s principle of artistic invisibility, a principle that deeply inspired the young James Joyce:

The artist must be in his work like God in creation, invisible and almighty, felt everywhere but seen nowhere.

There is a hardcore realist devotion to Platonic Truth in this aesthetic (to which Flaubert directly attests in his correspondence) and that devotion carries over into Madame Bovary’s themes, which circumscribe a tight circle around Truth’s foremost enemy—human vanity.

Like Cervantes, Flaubert objects to romantic, idealistic lies in the service of human vanity and depicts a protagonist, Emma Bovary, whose temptation to indulge such self-deceits leads to her ruin. But where Don Quixote satirizes vain romances, the reality-fueled engine of Flaubert’s novel leaves no air for fantasy at all. There are elements of satire in Madame Bovary, to be sure, but mainly Flaubert applies an assiduously realist scalpel to his characters to depict and dissect the vanity afflicting them just as though vanity were a disease to be understood and resected.

But the translation of at least one character’s name from French into English does, I think, help to explicate the nature of vanity in Madame Bovary in a quick and capsular way. The character, named “Lieuvain,” is a minor state official who comes to the muddy provincial town of Yonville to speak at Yonville’s ridiculous “Agricultural Show.” Town officials use the show to tout Yonville’s distinction and modernity, though it doesn’t have much. Flaubert emphasizes the contrast between the attendees’ pretentions and their earthbound vocations in cows and fertilizer.

Lieuvain’s appearance in the context of the pompous fertilizer trade show is no accident but rather derives from Flaubert’s “name game,” as North Texas State University prof Lloyd Parks put it in 1971. I’ll go out on a limb and assume that you haven’t read the 1971 winter bulletin of the South Central Modern Languages Association. In it, Parks notes that character names are one facet of Madame Bovary where Flaubert loosens his orthodox naturalism to make a subtle point:

Names and place names are used throughout Madame Bovary to extend its dimension and support its theme. To this end Flaubert exercised the greatest care in his choice of names … but so ingeniously that their meaning becomes apparent only after the closest examination.

Parks quotes, for instance, Flaubert’s explanation of how he settled on the name Monsieur Homais for his pharmacist, possibly the most pretentious character of all in Madame Bovary: “Homais comes from homo = homme.” Homo and homme of course mean “man.” If Monsieur Homais represents humanity, then Flaubert suggests our species is defined not by wisdom but by bullshit—Carolus Linnaeus, meet homo vanitatis. Flaubert gives other strivers names that suggest a lowly, bovine materiality in direct contradiction of their vain aspirations—Yonville’s mayor, for example, is named Tuvache, which literally means “you cow.” Parks also points out that the name of the chateau where Madame Bovary sees her first mirage of ‘the beautiful people,’ Vaubyessard, is a phonetic anagram of Bovary, the family name of her bovine husband Charles.

But Lieuvain is perhaps the most interesting name of all, and Parks notices the lieu part, but curiously ignores the vain part. Lieuvain looks like a sort of hieroglyph composed of two root words, lieu and vain, meaning “place” and “vain.” The insignificant Lieuvain speaks pompously (and inaudibly) through the lowing of the cows at the Agricultural Show, unaware that Flaubert has put a hieroglyph over his head saying PLACE-VAIN. He has come as the inadequate substitute for, that is in lieu of, a more important personage, but PLACE-VAIN means more than that to Madame Bovary when one considers the strength of the connection in the novel between geography and vanity.

From her days as a schoolgirl, Madame Bovary despises her own world and she daydreams of living the glamorous lives she’s glimpsed in her excessive reading of romantic novels. As the novel progresses, Emma Bovary’s catastrophic daydreams continue to unfold in connection with faraway, romantic places free from the angst of her real life:

She felt that certain places on the earth must produce happiness, just as a plant that languishes everywhere else thrives only in special soil. Why couldn’t she be leaning her elbow on the balcony of a Swiss chalet or indulging her moods in a Scottish cottage with a husband dressed in a black velvet suit with long coattails, soft boots, a pointed hat, and elegant cuffs!

Her pedestrian husband Charles, whose “conversation was as flat as a sidewalk, with everyone’s ideas walking through it in ordinary dress, arousing neither emotion, nor laughter, nor dreams” p. 60, cannot transport Emma to such idyllic realms as the ones she’s read about in books. Charles in turn does not understand his wife’s unhappiness. He too thinks that a change of venue will cure her depression and, with his typical imperceptiveness, moves his depressed wife from one provincial town to another that’s just the same. His mother bans Madame Bovary from reading any more romance novels!

It’s as though none of the Bovarys have heard of psychology! The problem with Madame Bovary lies not in her reading habits, not in a book or a place, but within. And her tragedy develops from her inability to look within, and to see what she’s looking at.

More on blindness, Madame Bovary’s “fog in the head,” and the invasion of dreams in Part II.