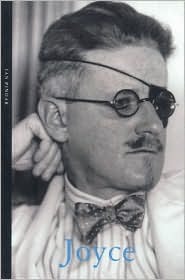 The psychoanalyst Eugene Mahon in 2006 published a wonderful paper in The Psychoanalytic Study of the Child entitled “The Invention of Purgatory: A Note on the Historical Pedigree of the Superego.”  He writes of Purgatory as a kind of “third way” in the history of imaginings of the afterlife:

“If Heaven and Hell sound absolute in their depiction of total damnation or total eternal salvation, Purgatory seems to represent a yearning for continued communication with the afterlife in an attempt to modify the imagined sufferings of departed ‘souls.’ ”

Mahon then poses the fascinating question: “Is the psychology that led to the concept of Purgatory a possible forerunner of the later Freudian concept of the superego, which, at its most mature, rejects splitting and magical absolutism in favor of a more reasoned assessment of guilt and pleasure?”

The question caused me to turn back to “Grace,” the penultimate short story in James Joyce’s collection Dubliners, in which Tom Kernan drunkenly falls down some pub stairs on the way to the bathroom and bites off the end of his tongue.  The memory or idea of this incident seems to have had some importance for Joyce, as it reappears in Ulysses in the interior monologue of Molly Bloom: “Tom Kernan that drunken little barrelly man that bit his tongue off falling down the mens W C drunk in some place or other…”  Joyce’s brother Stanislaus informs us that “Grace” treats the Kernan fall as an allegory: “Mr Kernan’s fall down the steps of the lavatory,” Stanislaus writes in My Brother’s Keeper, “is his descent into hell, the sickroom is purgatory, and the Church in which he and his friends listen to the sermon is paradise at last.”

Most of “Grace” takes place in that Purgatorial “sickroom,” where Kernan’s friends sit and talk with him while he recuperates; eventually, they make plans to atone, as inhabitants of Purgatory are meant to do.  The word “grace” is in fact one intimately connected with Purgatory in the Christian faith.  The Stanford Encyclopedia of Philosophy explains that Christian Purgatory is “the state in which those who have died in grace expiate their sins….”

Whether Joyce would agree with Mahon’s interpretation of Purgatory I don’t know, but Joyce clearly had Purgatory on his mind in the writing of “Grace,” a story I never much liked because it seemed to ridicule its own graceless characters in a simplistic and unsympathetic way.  But rereading the story with Mahon’s insights in mind, I think Joyce may have been using the idea of Purgatory in a more sympathetic way than I first understood.  While the characters certainly look foolish in their slapstick discussion of theology (Mr. Cunningham tells a ludicrous story about an Irish priest they all know who supposedly argued with the Pope over papal infallibility only to be overruled on the question by infallible papal verdict)—but while they’re foolish, they’re also wiser than I first guessed—especially the hero, Tom Kernan, with the bitten-off tongue.

Of the fourteen stories in Dubliners based on a Christian vice or virtue (that is, all the stories except “The Dead”), “Grace” occupies the anchoring fourteenth position.  The virtue Joyce assigned to this story is clearly temperance, as Kernan and friends seek to temper their drinking.  But more importantly, they exhibit a healthy temperance when it comes to the conscience that damns sinners to eternal Hell.  As such, “Grace” is not only deep, but a sort of antidote to the damning syndrome of psychological paralysis introduced in the collection’s first story, “The Sisters.”

Kernan’s friends’ discussion of sin and atonement is warm-hearted, jovial, and hilariously funny, nothing like the grave treatment of sin in that opening story.  There are no bottled-up, paralyzed, tortured figures here.  Kernan amiably goes along with the plan to confess in church, but he knows the limits of his conscience.  When Mr. Cunningham tells him he has to stand up with a lighted candle and renew his baptismal vows, he balks.  Joyce writes:

Shortly thereafter Kernan rephrases his objection to the candle ceremony in a wonderful and telling way: “I bar the magic-lantern business!” he cries.  It’s as though Mr. Kernan, in waving off “the magic-lantern business,” is renouncing precisely that “magical absolutism” of conscience that Mahon describes as the animating force in the Manichean system of Heaven and Hell.  Kernan’s conscience “sensibly” makes a Purgatorial compromise wherein he’ll renounce Satan but not himself, who he stands up for with his sense of humor intact: “I’ll just tell him my little tale of woe.  I’m not such a bad fellow—” he tells his wife.

This jolly, kindly, self-tolerant, all-together-now group of friends may drink too much, but it appears they’ve achieved a higher form of grace in Joyce’s eyes: temperance of conscience.  This hilarious story of self-forgiveness has now become a favorite of mine.  Another indication of its importance to Joyce is its prefiguration of Leopold Bloom, the amiable, self-tolerant protagonist of Ulysses; one of Kernan’s friends, Mr. M’Coy, is an advertising canvasser married to a soprano (like Bloom—and when Molly thinks of Tom Kernan in Ulysses she also has some unflattering words for Mrs. M’Coy’s singing).  “Grace” also contains very funny mention of a banker named Mr. Harford, an Irish Jew like Bloom.  Joyce writes that “his fellow-Catholics, whenever they had smarted in person or by proxy under his exactions, spoke of him bitterly as an Irish Jew and an illiterate, and saw divine disapproval of usury made manifest through the person of his idiot son.  At other times they remembered his good points.”

Mr. Harford the Jew is not only saved, comically, from damnation but, in Joyce’s created conscience, granted an apotheosis—into the stardom of Leopold Bloom.