In Pursuit of Tranquillity 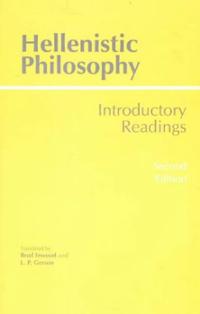 A.D. Nuttall, the Oxford literature professor, has observed that ancient philosophy falls into two periods–the first being that of Socrates, Plato, and Aristotle, the second being the generation that followed: Epicurus, Zeno (father of Stoicism), skeptics like Pyrrho, and others.  Socrates died in 399 B.C.E., but the rest lived and wrote mostly in the 4th century B.C.E. (I mean the 300s B.C.E.).  “Hellenistic Philosophy” refers to this post-Aristotelian group, whose ideas, like those of their forebears, were spread far and wide by the Romans.  Few of Epicurus’s many works are extant and Pyrrho, for reasons that will become evident if you read about his philosophy, refused to write anything down–an approach that would have been preferable in the work of a great many other philosophers.  Consequently, much of what is known of the Hellenistic philosophers comes down to us through the Roman commentators like Diogenes Laertius, and it’s these commentaries which make up most of the texts in Inwood and Gerson’s anthology.

Nuttall writes of the Hellenistic philosophers, “In the second period a strange alteration comes over the philosophers: they now present themselves as purveyors of mental health.  It is as if some immense failure of nerve, a kind of generalized neurosis, swept through the ancient world, so that the most serious thinkers found that their most urgent task was not to inform or enlighten but to heal.  They begin to sound like psychiatrists.”  They promise ataraxia, that is, tranquillity.  (It looks more promising in the original Greek characters.)

Does anybody read this stuff anymore?  They should.  The proffered path to tranquillity differs greatly between philosophers; Epicurus urges understanding through study and analysis of nature–methods that would later be called science.  He feels this is the way to dispel anxiety and fear and achieve tranquillity (there is little in the actual philosophy of Epicurus to do with hedonism per se).  Other philosophers seek relief from reality in skeptical denial of it or in a denial of one’s passions (homey don’t play that).

The dialectic between knowledge and denial, these differing strategies of mental pain management, is still unfolding.  As Wolverine of the X-Men says, “There’s a war coming.  Are you sure you’re on the right side?”