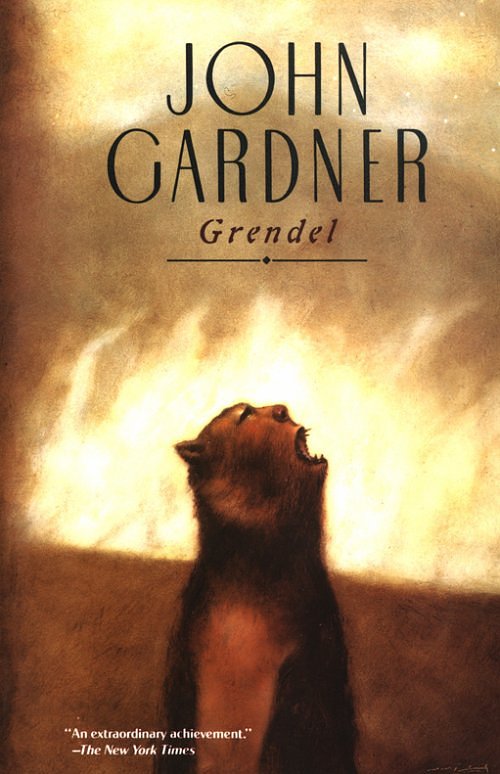 A brilliant, savage satire of existentialism and postmodernism. Gardner wrote against his times and hated other famous writers publicly (see for yourself here), and one ought to admire him for his iconoclasm. He was an uncommon man with real balls. To understand Grendel it’s necessary to know of Gardner’s disdain for what he called the “winking, mugging despair” of a writer like Thomas Pynchon. What a thing–to reimagine the monster Grendel, to imagine archetypal evil, as a sophomoric whinging nihilist philosophy major. Conversely, Gardner depicts Beowulf more or less without irony–he trusts in old notions of heroism as Yeats did and so Beowulf is the real deal, and the most heroic thing about him is that he means what he says and his words effect deeds in the real world on behalf of human dreams.

Grendel is funny and intermittently moving but it suffers from a certain coldness; there are limits to Gardner’s sympathy for his protagonist, so we have a book like Madame Bovary about someone the author himself dislikes. The belated retelling of old myth–not modernist allusion but postmodern ‘retelling’–reflects this compromise with the enemy. It becomes what it hates to a degree. Gardner’s prose too is polished cold and smooth. We watch humanity from the uncivilized darkness with Grendel and appreciate the brilliance of the Shaper’s words without being able to feel much of his joy.