The Collected Poems by Sylvia Plath 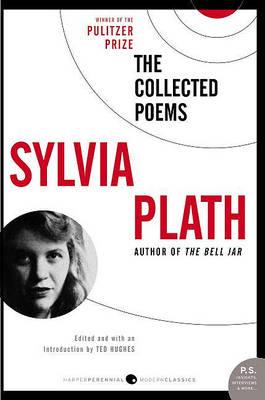 You’d think with all the cocktails, a cocktail party ought to be more fun than a hole in your head. Twitter has been called a global-scale cocktail party. Unfortunately, it seems to lack the essential ingredient of the cocktails. To put it another way, it’s confessional poetry without the poetry.

What people sometimes call “confessional poetry,” by contrast, may be personal and autobiographical, but it’s neither a low artform nor symptomatic of commonplace vanity–at least not when it’s practiced by a great writer like Sylvia Plath, author of some of my favorite poems. There’s something deeply artistic going on in Plath’s tortured imagination.

Confessional poetry, like much else that is modern, is not modern. Catullus wrote it in ancient Rome and there’s poésie intime in France going back at least as far as Joachim du Bellay, who wrote in the sixteenth century. Du Bellay was an early advocate of writing in the vernacular (in his case, French) as opposed to Greek and Latin, because the vernacular was the language of direct experience–the language learned as a child through direct experience of the world.

Modern confessional poetry is part of this long tradition in paying heed to direct, personal experience, hard though it may be to look it in the eye.